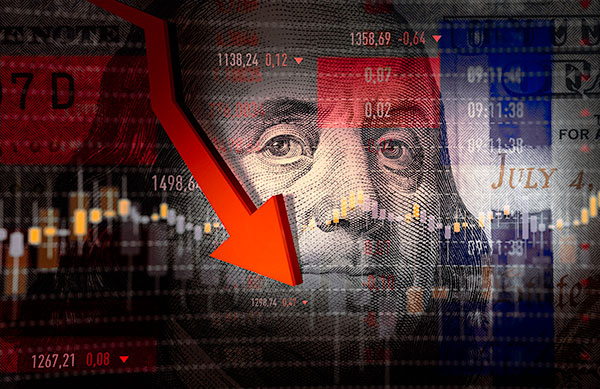 Interest rate hikes and elevated inflation. The rising probability of recession. The continued disruption within the global supply chain. With these unwelcomed variables at play, there’s one looming question on my mind: How will the Texas industrial markets be impacted?

While these factors have the potential to throw the growth story off-course, there’s plenty of good news for industrial real estate. Healthy fundamentals and strong momentum have kept the train moving, with limited delays. Based on the data, the momentum for net absorption is slowing, but demand is still outpacing supply through the first half of 2022. For the rest of the year, contraction is off the table.

Longer-term, looking at the economy, consumer sentiment and real estate health will depend on two important forces: the labor market and the direction of inflation. But before we talk about the future, let’s look back on the past, where the most basic measure of demand and supply illustrate the story. On a percentage basis, the change in occupied square feet has outpaced the percentage change in new supply over the past one, three, and five-years.

Strong demand for industrial space has led to lower vacancy rates and higher asking rents across the state of Texas. In response to tightening market conditions, the construction pipeline grew to 111 million square feet at the state level, compared to 86.3 million square feet a year ago. By market, Dallas–Fort Worth is positioned to add 65 million square feet of new product, however, that figure drops off dramatically for the remaining major metros.

The apparent message of this once sleepy industrial market is growth.

With robust levels of new supply, the inventory level is about to exceed 100 million square feet of space compared to roughly 77 million square feet five years ago. Driving this expansion is population growth, expansion of U.S. manufacturing and logistics aimed at securing critical supply chains, and the merging of surrounding areas to the north and south to create a much larger metroplex. In-turn, occupiers, developers, and investors alike are taking notice. Given the unprecedented levels of growth this creates the potential for volatility if market conditions change, but there are no signs of the wind shifting direction.

For example, job growth is healthy, leasing activity has remained stable for thirty consecutive quarters, and the vacancy rate at quarter end stood at 3.6%, the lowest among the four major Texas markets.

If Austin is about growth, Dallas–Fort Worth is about unprecedented new supply. The 65 million square feet under construction represents the highest tally even seen and is nearly double the level recorded a year ago. This supply wave leaves the market vulnerable to a slowdown, especially considering that roughly 80% of the space is speculative. Near-term concerns are evident as the market has seen two consecutive quarters where deliveries exceeded net absorption; however, given the market’s low vacancy rate and strong demand tailwinds, near-term concerns need to be put in perspective.

Like Dallas–Fort Worth, Houston went through a building boom in 2020, right as the pandemic hit and energy prices retreated, vacancy rates soon rose, peaking at 8.2% in 1Q 2021. Since then, the Houston industrial market has caught fire. Heightened demand for eCommerce, a petrochemical boom, and soaring activity in the Port of Houston have rightsized the ship. Fast forward to today. Since 1Q 2021, Houston’s vacancy rates have dropped by 310 basis points to 5.1%, one of the sharpest declines nationally during this period. As a result, rental rate growth has accelerated with NNN asking rents exceeding $8.00 for the first time ever.

After record net absorption in 1Q 2022, the San Antonio market has continued the momentum with an encore performance in second quarter. Strong leasing and expansion activity led to the seventh consecutive quarter where net absorption exceeded new supply. As a result, the vacancy rate remained in record low territory at 3.7%.

In response to tight market conditions, the construction pipeline of 7.2 million square feet remains elevated compared to the long-term norm, but more is still needed. And even though the market is being driven by smaller companies, favorable fundamentals have primed the metro for strength.

The message is clear: market fundamentals across the state of Texas remain favorable … which means higher rents. On a year-over-year basis:

Down south in San Antonio, we found the weakest annual jump, but gains were robust at 7.6% as rents stood at $6.63/SF. Moving forward, it is easy to argue that we’ll see higher rental rates no matter what comes our way. However, should the economy really slow, there could be some risk in Dallas-Fort Worth due to spec development, and Austin (which is more prone to volatility) could see more variation around future results. Still, we’re a long way from forecasting contraction in any of the Texas industrial markets.

The takeaway is simple: Despite the economic challenges spurred by inflation and rate hikes, the Lone Star state still offers opportunities for industrial real estate.  Texas presents strong regional fundamentals, and with plenty of land and a deep labor pool, the industrial market is poised to continue healthy growth.